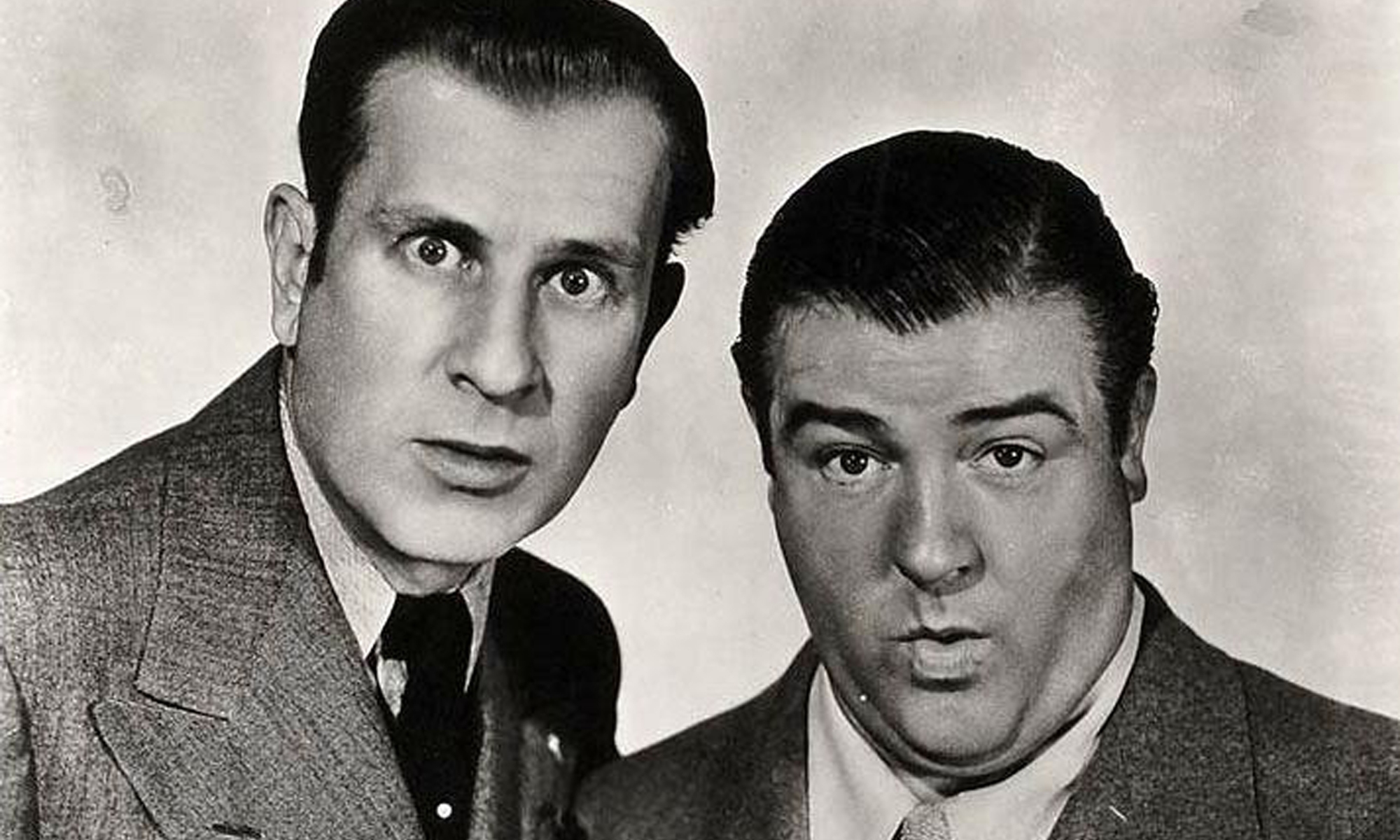 That is my favorite quote from my favorite Bud Abbott and Lou Costello movie, Hold That Ghost. I am not a classic movie guru, though I definitely enjoy a good black and white movie. People who refuse to watch a black and white movie because, “it’s so boring!” “They are all so old!” Or my personal favorite reason, “why would I watch something that isn’t in color?” I honestly don’t understand any of those reasons, if a movie is good, it’s good, it has nothing to do with the color of the surroundings. I digress, the reason for this is to discuss the amazing comedic duo that is Bud Abbott and Lou Costello.

I remember having a VHS collection of a bunch of their different movies. Growing up these were some of the first movie night movies we watched, and I’ve always had such a strong love for them. Whenever I feel down, overwhelmed, or just need a good laugh, these are the first movies I turn to. I was always especially fond of Bud Abbott, my mom always thought he was so mean to Costello. “He’s just so mean to the little guy,” was something she said every time we watched one of their movies. Abbott has always reminded me of my grandfather when he was younger, so I’m sure that also has something to do with it. I am not familiar with their radio show that started in 1938, though I am sure there is some way for me to be able to access them. Fun fact, the first movie they did, One Night in the Topics, they are introduced to the film by just hearing their voices. More people knew them from the radio show, so they wanted the voices to be heard before their faces were shown. They also had a show that ran from 1952 until 1954, I’ve only been able to see a couple episodes of that, but it was very entertaining. They have six stars on the Hollywood Walk of Fame, between the two of them, and three Hall of Fame inductions, in the Baseball, Radio, and New Jersey Halls of Fame. These are two fantastic comedians who deserve to be continually watched and enjoyed.

Abbott and Costello movies are about varying degrees of things, they’ve met all of the classic horror film baddies, been involved in murder mysteries, dealt with ghosts, and joined the military, several branches. Bud Abbott is the perfect straight man, setting the jokes up for Lou Costello to beautifully blunder through. Co-starring some of the biggest stars of the time, hello Andrew Sisters, I see you stopping by for three different movies. They are filled with clean humor, classic routines, and fun for anyone who watches. Anybody who enjoys a good laugh should look into these movies, seriously, look up Who’s on First? That is one of the greatest comedy sketches in history, do yourself a favor.

Abbott and Costello have a total of thirty-six movies all done with Universal Studios. I still have not seen every single one, but I do own all of them. There is a beautiful Abbott and Costello The Complete Universal Pictures Collection, that is oh so worth the buy. I got mine off of Amazon during Black Friday a few years back. I will eventually work my way through all of them. I miss comedy like this. Too many comedic movies nowadays are vulgar and profane. I enjoy comedy that can be funny with out stooping to a level of crass. If you know of any movies that have that kind of humor, let me know, I’d love some new comedy to check out.

One Reply to “Abbott and Costello”